Mosaic from a house in Pompeii

My name, written with a new gel pen, smeared on the cover of my new spiral notebook when I sat down in the second row of desks. I was giddy. The lights dimmed and I looked up at the first image on the first day of my first graduate school class – and it was a skull. The art work was a mosaic recovered from a home in Pompeii, the ancient Roman city in which inhabitants perished under 20 feet of volcanic ash spewed from Mount Vesuvius.

“Iconography,” Dr. Stewart began, “is a word combining eikon (image) with graphein (writing). In other words, iconography is the study of images describing something, the branch of art history exclusively concerned with the themes in visual arts and their deeper meaning or context.”

For almost an hour, we looked at this memento mori – an image intended to make one “remember mortality” and make good decisions. Images in the Pompeii mosaic reflect: the cycle of life (the butterfly), the wheel of fortune that turns for all, wealth on the left (a scepter cloaked in purple, representing royalty), and poverty on the right (a pilgrim’s staff) all beneath a plumb line which centers everything over death (the skull). Every memento mori imparts the message that death is the great equalizer.

The theme of memento mori in art directly developed from the medieval image known as the danse macabre. Bernt Notke’s fifteenth century painting depicts skeletons dancing around a pope, emperor, queen, cardinal and king. This is a nice description of the piece. The original tempera on linen was lost, as was the 1701 copy after an allied bombing of Lübeck, Germany. 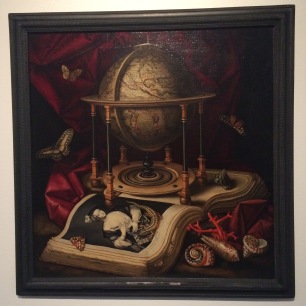 I took the picture of the painting at the top of this post, Still Life With Three Skulls, at the MFA Boston. German artist Max Beckmann painted this modern vanitas painting in 1937 as an exile in Amsterdam, where Peschier and Luyckx also painted 370 years earlier. Beckmann fled Germany after The Third Reich confiscated more than 500 of his works from homes and museums to include in its notorious Degenerate Art exhibition. This piece reflects Beckmann’s sense of fatality.

In my opinion, the most fascinating vanitas painting is Hans Holbein’s The Ambassadors. You have to check out this video describing the piece and its symbolism. 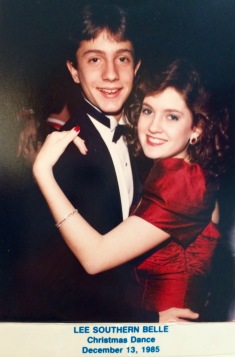 Today’s reminder that life is short came not from the Taxol drip keeping my breast cancer at bay, but one of my best friends joining me at MD Anderson. How is it possible that Lance Barbin and I have been friends for 40 years? How are we 40+ years old?

The days are long but the years are short, and we’ve had a lot of fun along the way. One of our greatest accomplishments was co-hosting a Top 10 radio countdown in Mrs. Coulter’s art class at Hubbard Middle School. LBCC Radio (#LBCC4eva) incited 5 tables of 4 seventh graders each to sing current hits. Taking our direction, everyone got really good at singing The Doobie Brothers’ Old Black Water in the round. Lance and I arranged to be partners for Presidential Classroom, but I went and got mono. During REL/John Tyler Spirit Week our senior year, I convinced him to dress up like Mickey Mouse. You have to understand, Lance was cool. He and his friends founded a fake fraternity, he played electric guitar in a band. Our friendship was the great equalizer of the high school caste system. 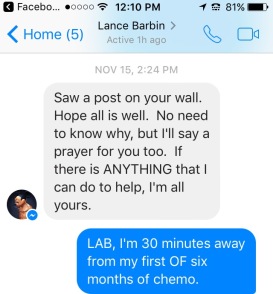 Earlier this month, Lance picked up on a vague Facebook post by my childhood Sunday School teacher. He immediately messaged me (left) and became one of the first people to know about my diagnosis. He contacted my mom asking to help, making her cry. He texted me: “Whenever you are unsure if you can/should ask for anything, stop debating. The answer is Lance,” making me cry.

In December 1985, I asked Lance to be my date to the Southern Belles dance and he showed up, despite having a 101 fever. Last week, I asked him to sit with me at chemo and he said, “I’d be honored.” Today, a volunteer ducked her head behind the chemo curtain because she heard laughing. Afterwards, he asked where we go to get our heads shaved. Enough of this, I’m in a puddle over here. Life is short, people. Make good friends. #bestdayeva 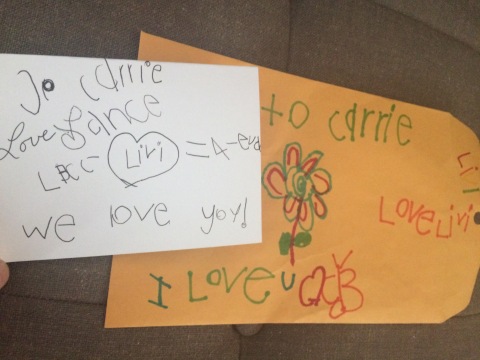 ONE of the gifts Lance, Melody and Livi showered me with. #LBCC4eva

In keeping with iconography, these pictures also describe something – a lifelong friendship.

Last day of middle school, which he apparently photographed

Minnie and Mickey. No words. 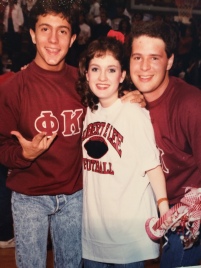 Lance and Steven Cole in their fraternity letters at a pep rally.

Back to School Bash

Getting me into trouble at a graduation party. 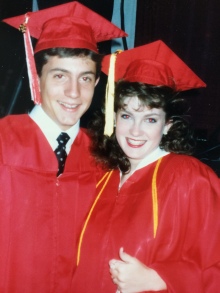 Graduation at The Oil Palace. 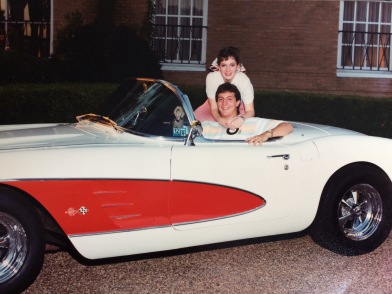 9 thoughts on “My Memento Mori”